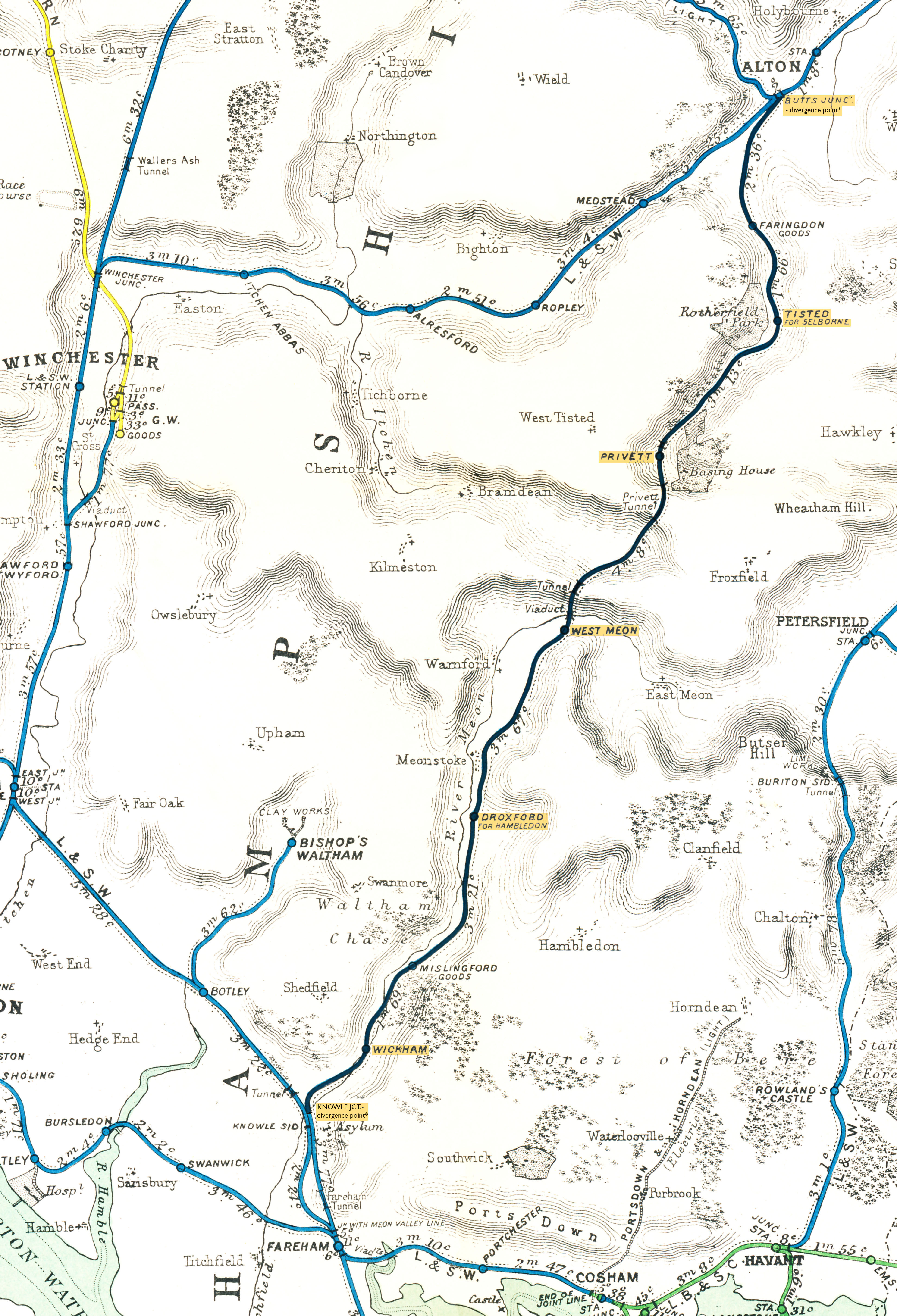 An interesting situation existed at either end of this line.

Following closure of the signalbox at Butts Jct. in 1937, the two lines from the junction to Alton became parallel single tracks. Thus from then until closure of the Meon Valley line Butts Jct. was in reality the divergence point.